Dubai Detour: Scotland and the Hebrides

Mendelssohn’s Hebrides – a crashing symphony.  I think I can hear it as we approach Fingal’s Cave, where it was first written.  But of course I cannot – I don’t even know how it goes, to be frank.  But I think I can imagine.  The scene is certainly dramatic; the huge gaping cave is named for a mythical giant who it is said carved the cave entrance as a hiding place.  The waves crash and echo inside.  In fact, the walls of the cave and the sides of the island where it is found, Staffa Island, are gigantic and do seem too perfectly constructed to have been shaped by nature; the columns symmetrical and reaching high to the sun.  But Staffa Island’s amazing columns are indeed natural and otherworldly at the same time.

Our boat journey was a day trip from Tobermory, Isle of Mull, Scotland to Staffa Island and to the Treshnish Islands.  The trip offered amazing views.  One of the big draws for the tour is the thousands of puffins that summer on the Treshnish Islands, and although we were too late to see those (by August, they are down to a trickle), it was still an amazing journey.  The islands we visited were uninhabited, but easily navigated on foot.

At Fingal’s Cave, Mendelssohn says that he wrote the notes for his Hebrides concert overture (composed in 1830).  The Cave is best seen from the water, so we are not quite sure if Mendelssohn even entered the cave, but when you listen the composition it is clear that he was inspired by the waves crashing into the cavern.  (In fact, the overture was at one time called “Fingal’s Cave”.)

For the trip, we took Staffa Tours, which picks up at Tobermory and several other ports.  I highly recommend it, and take the longer tour if you have the time.  It was one of the highlights of our trip! 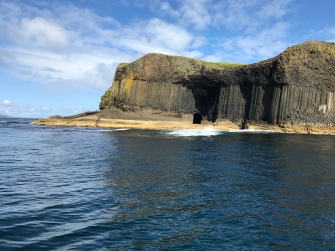 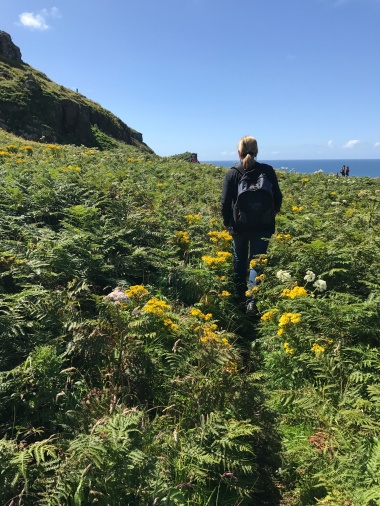 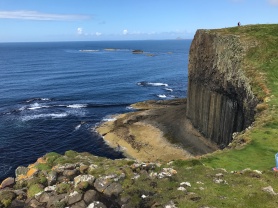 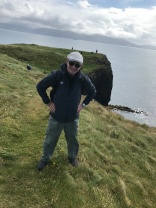